Round Rock is well-acquainted with rainstorms, but the city does not usually see hail. However, this might no longer be the case, as indicated by recent events. Towards the end of November, a hailstorm pelted Round Rock. According to Statesman.com:

Update 10:05 p.m.: Pea-sized hail has been reported in Round Rock in a thunderstorm now headed towards northern Travis County and western Williamson County.

Meteorologists said heavy rain may be in store for Cedar Park, Leander, Liberty Hill and Sun City. The storm is headed northwest at about 15 mph.

Meteorologists now say the storm could drop as much as 1 1/2 inches of rain over the next hour. The storm is moving north at about 15 mph. Cities near its path include Round Rock, Georgetown, Taylor, Hutto, Granger and Coupland.

Dealing with a rainstorm is one thing; dealing with a hailstorm is another. For instance, during rainstorms, most homeowners worry about the ability of their roofing in Round Rock, TX to resist water leaks. For this reason, some make an effort to have their roof and gutter systems cleaned as soon as a weather warning has been issued. Some go to greater lengths, reinforcing or replacing their roof and gutter systems to ensure that rainwater is kept away from their house structure. Unfortunately, when it comes to hailstorms, homeowners have more to worry about.

For one, hailstorms can leave dings and dents on vents, gutters, and downspouts, making these components vulnerable to extensive damage once another hailstorm hits. Before these vents and gutters even sustain cracks or rips, homeowners should have them repaired by trusted roofers in the area. Hailstorms can also knock off the protective mineral granules in asphalt shingle roofing in Round Rock. While granule loss doesn’t necessarily lead to roof replacement, it does expose the asphalt shingle roof a great deal. Thus, over time, the roof will become more vulnerable to the elements and have its service life reduced.

Long-time residents of Round Rock may have practically become veterans in coping with rainstorms. However, given the unpredictability of the weather nowadays, they might also have to consider hiring trusted contractors like Willi Roofing Services to protect their roofs from hail damage.

(Article Excerpt and Image from Hail reported in Round Rock during Thursday’s storm, Statesman.com, November 21, 2013) 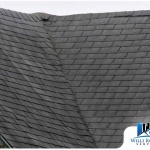 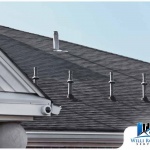 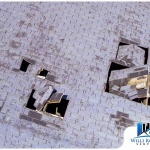 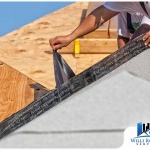 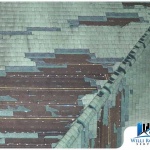